This was my first attempt at making a traditional short mead. The recipe was inspired by Groennfell meadery, but I modified the nutrients as I didn’t have Wyeast nutrient at the time. I made a two gallon batch, which I split and oaked one and dry hopped the other. My dry hop was falconer’s flight 7c’s hops following Havoc’s meads Bitter Bee recipe. The dry hopped version was one of my favorite, as everyone liked it, but only scored 30/50 at the Vanbrewers competition. It just replaced the oak with 0.4 oz of falcon 7 hop blend. Evaluations of the hopped mead 200-1  and  200-2. I learned some lessons from this batch, and made mistakes I should have learned from. I don’t recommend following the nutrient regime for this recipe as is. Made mid-March 2017, evaluated mid-May 2017, at 2 months old.

After I had transferred from bucket to carboy, I noticed plastic strips floating around in the mead. It took me a while, but I realized that it was part of the bucket that I was scrapping away using the wine degasser when I was aerating. Ewww. I now use glass carboys and aerate by shaking or with a pure 02 stone instead of whipping using a degasser. 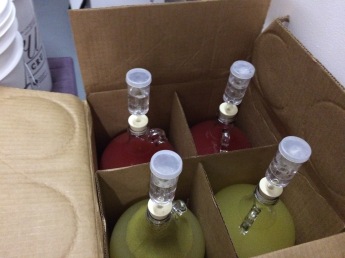 This was a tasty short mead after about three months. As mentioned above, at three weeks the batch tasted young and yeasty with sulfur notes. I chalk it up to two things. First, trying to oxygenate the must with a wine degasser is not the best method as you cannot get enough oxygen into the must. Second, there was a yeast overload in this mead due to not taking into account the amount of Go-ferm in the total YAN contribution. While I managed to get most of the yeast flavor to drop out after a couple of months, as mentioned by the judges, there was a notable green apple flavor that hung around. I suspect that the nutrient overload made it less likely for the yeast to clean up some fermentation by-products. However, I am not sure the judges really minded the green apple off-flavor. I would recommend taking the YAN contribution of Go-ferm into account by using the TANG nutrient regime next time. 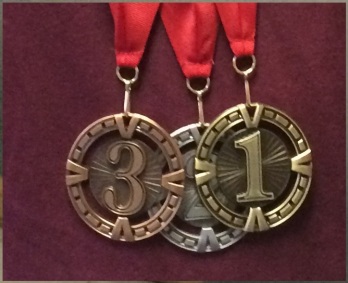