This was the first batch of mead I ever made. I made 5.5 gallons of 12.3% ABV wildflower traditional mead using EC-1118 using a recipe I found from the American Homebrewers Association. I learned lessons from this batch, and made mistakes and I will try to elaborate. Basically, I made the batch and after two months split the batch into six batches which I flavored in different ways. The coffee maple meads was one of my favorites.

The fermentation was very clean and after a month only had slight alcohol on nose and backend. Initially, I found that the honey had a musky note that I was finding rather unpleasant. I know that this came from the honey. It left the flavor and aroma after 6 months and has opened into much more honey and floral character. After I made the mead, I conducted a honey tasting of all the meads in the area, and have since switched to Hogan’s golden wildflower honey. That said, at the time of bottling, I was trying to find flavors that would beat out the floral musk flavor. This recipe does do it for the flavor and mixed well with the honey character. 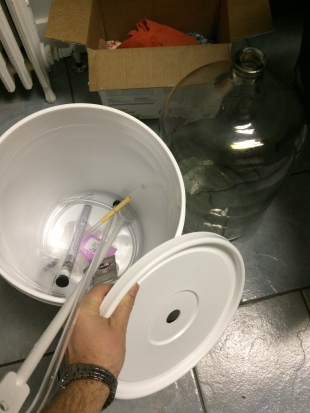 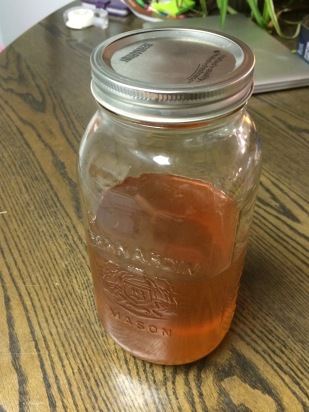 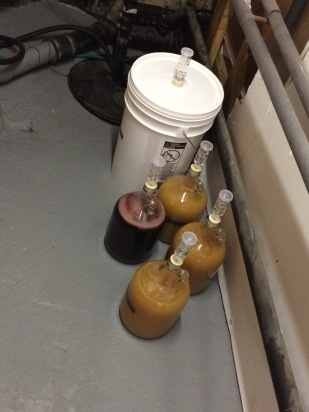 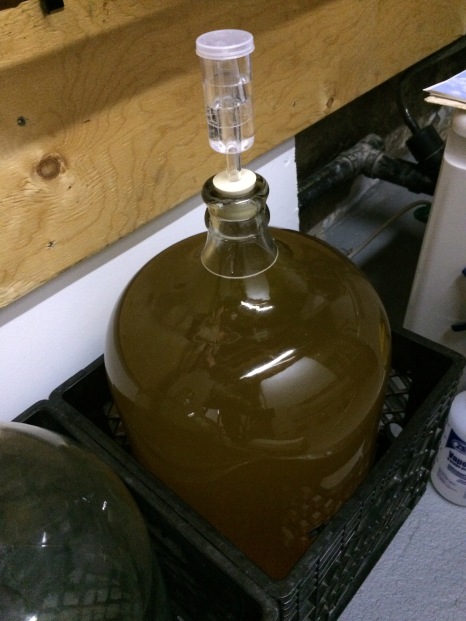 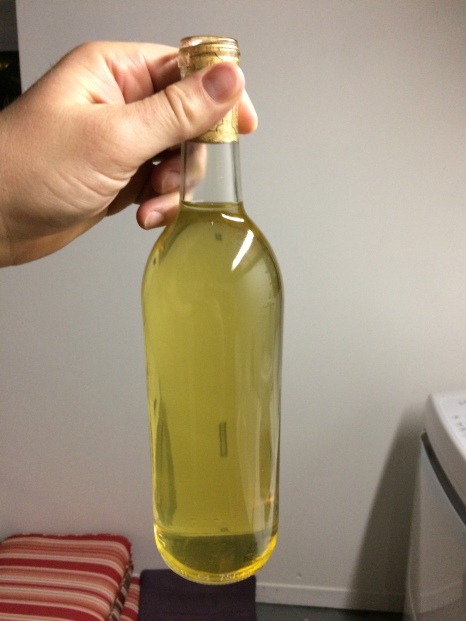 As mentioned, I was looking to flavor override and the mead was really dry. I steeped 3 tbsp (1/3) of maple coffee (light/medium roast coffee with real maple sugar granules) and 6 tbsp (2/3) Brazil and Sumatra blend from Mola Mola coffee per half gallon in over sized and sanitized tea bags. Steeped for 24 hours and let sit for another 24 hours. Residual sweetness before was 0.995 and ended at 1.001. I would recommend stabilizing the mead at this point. I didn’t and it didn’t seem to matter. None of the bottles restarted fermention.

Initially, the maple added a tonne of residual sweetness and gave the impession of being  semi sweet. In fact there was so much perceived sweetness that it really needed to be carbonated to cut through the sweetness. Importantly, you need to force carbonate the mead (which I did with refrigerated mead in soda-stream bottles). I tried bottle carbonating the meads but they ended up too dry and astringent and were not nearly as nice (scored high 20s, low 30s in two other comps because of too much astringency with comments that they needed sweetness). 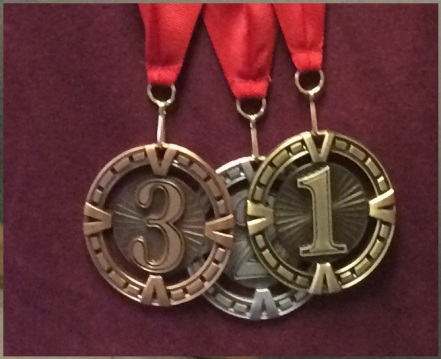 Won second place at Vanbrewers 2017. Rated 36/50 and 40/50 by Judges. 197-1, Judge 2.  197-2. After 9 months of aging, both the sweetness and astringency mellow and melded to create a very balanced mead. In fact, after 9 months, I preferred the mead still. I found that it was off-dry with a white wine character. The astringency from the coffee and sweetness from the honey maple were very balanced. If I submit it again to competitions, I probably won’t carbonate the mead, but leave it still.

As mentioned this was the first batch of mead I ever made. In doing so I made some mistakes – or at least some things that I wouldn’t do again. For example, I fermented this mead in a 23 liter bucket and it was really full. When degassing, the mead kept foaming up and it was slow going to ensure that it did not spill over. Next time, I would split the batch into two buckets or only put 3-4 gallons in a 23 liter bucket. Second, the mead would have been much better with a golden honey or a nice varietal. I used a wild flower honey which had a floral character so strong, it was pungent, with a perfume-musk smell and flavor. I would of also rehydrated in Go-ferm and add pure 02 in the primary for the first pitch and the within 24 hours. The wine whip clearly did not add enough 02, and there was some alcohol heat that took this batch some time to smooth out. Finally, I should have cold crash, or back sweetened from blending, or whatever, so that’s its not too dry. It finished at 1.001 after adding the coffee, which given the maple coffee gave a tonne of perceived sweetness. Lesson learned. I made so much that I still have some and it will be fun to see how this mead further ages with time.